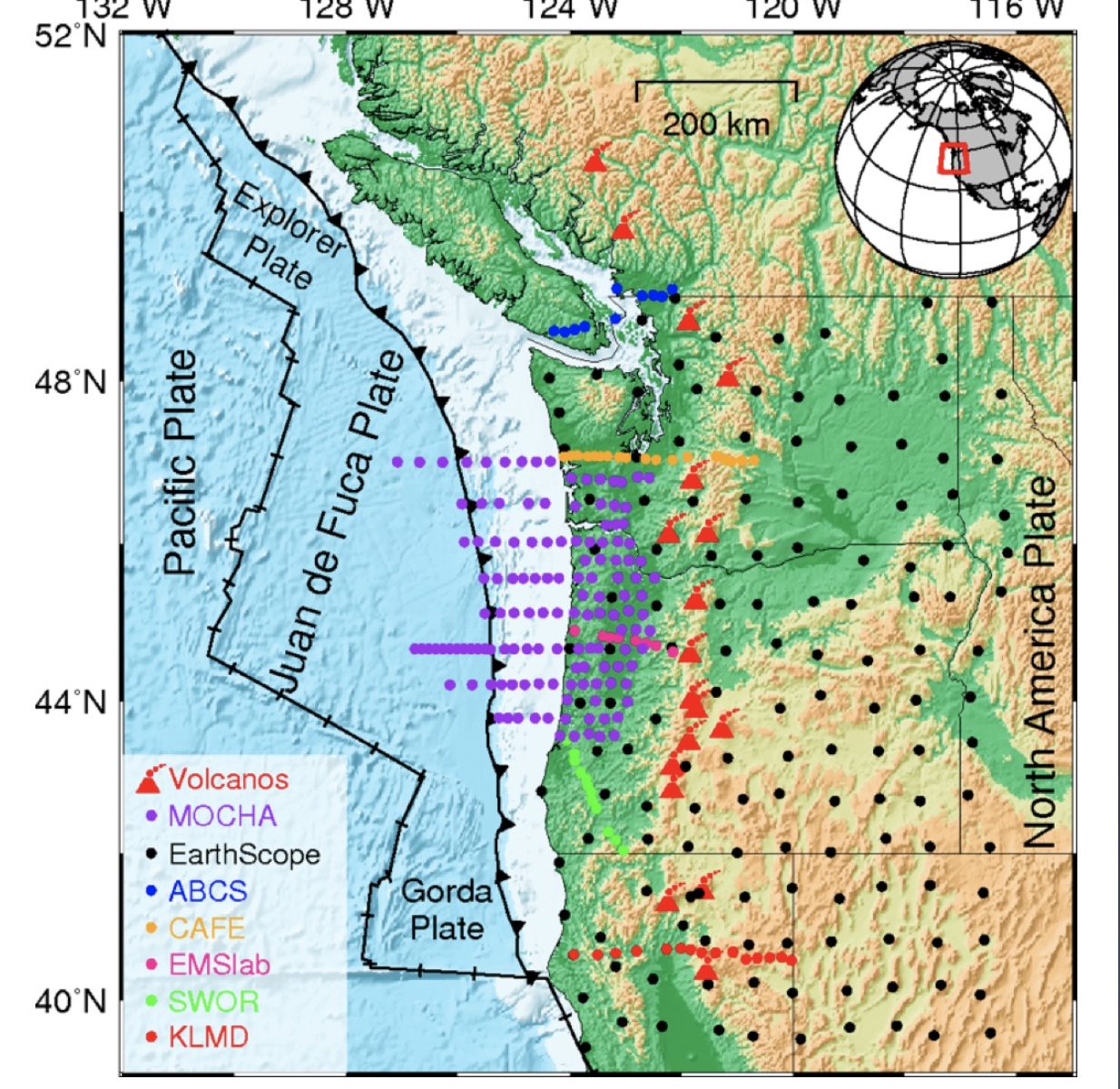 This is a collaborative project to image details of convergent margin segmentation and the distribution of fluids associated with the subducting slab using combined onshore and offshore magnetotelluric (MT) data in Oregon and Washington. This data will allow us to image the electrical conductivity of the crust and upper mantle of the subduction system in 3D to map the distribution of fluids, constraining both the fluid input to the system from offshore and the distribution of fluids released from the down-going slab, including along the transitional zone where episodic tremor and slip (ETS) occurs. The offshore data were collected in 2014 and the onshore data collected in 2014-2016. Results are now being prepared for publication.

Here is a video I made showing the deployment cruise:

Here is a video showing five hours of seafloor MT data simultaneously recorded by the array of receivers: